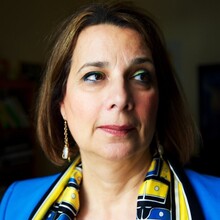 Patricia Michelsen-King, originally from Colombia, has served as a consultant to judiciaries throughout the country on the development of foreign language interpretation services. She is Federally Certified and works as a freelance interpreter in Virginia federal courts as well as state courts Ms. Michelsen-King is a Master Test Specialist for the National Center for State Courts and worked on the development of the state consortium tests, as well as the federal oral and written exams. She has extensive experience in providing training for court interpreters and has been a featured speaker at state and national judicial conferences that educate judges and court system personnel on properly handling interpreted proceedings. She formerly served as the Chief Interpreter for the United States District Court, Southern District of New York where she supervised Spanish and other language interpreters, provided interpreter training and orientation, and dealt extensively with the courts, bar, public and the interpreter community on issues of concern. She has trained interpreters in 32 states. She works as a translator as well, and has transcribed tapes for over 37 trials, and been qualified as an expert witness more than 25 times in five states. She also does conference interpreting for corporations, and has interpreted for Janet Reno, Justice Ruth Bader-Ginsberg, and Sandra Day O’Connor among others. Ms. Michelsen-King earned her undergraduate degree in English literature and Secondary Education from Boston University, a dual Master's Degree in Education and Psychology from the University of Aberdeen in Scotland, and she has completed post-graduate work in advanced simultaneous interpretation techniques at Marymount Manhattan College. Presently she is a Professor at Virginia Commonwealth University teaching Interpretation and Translation courses, and developing the SETI program (Spanish English Translation and Interpretation Certificate in Richmond, Virginia.
Buy $12.00